Robinhood, the commission-free stock trading app that made waves during the GameStop shorting debacle, will be a public company at some point in the coming weeks. The company has been hard at work filing forms with the SEC to pave the way for an Initial Public Offering that aims to value the company at $35 billion.

Analysts are predicting a price per share of $38 to $42 when the IPO goes live. Co-founders Vlad Tenev and Baiju Bhatt will each be selling $50 million worth of shares with the offering. After their IPO cash-out the co-founders will each still own around 8% of the company’s equity after the IPO. So if Robinhood is indeed valued at $35 billion, Vlad and Baiju will both be worth around $2.8 billion on paper.

But that’s not all! A recent SEC filing revealed an extremely generous, incentive-laden restricted stock award plan that sets Vlad and Baiju up to earn billions of dollars over the next several years. The board of Robinhood approved awards of 22.2 million and 13.3 million restricted stock awards to Tenev and Bhatt, respectively. Those shares will vest over eight years after its IPO, depending on the company’s share price. If Tenev and Bhatt achieve the price-based milestones – which have Robinhood reaching $120 to $300 per share – the total incentive-based award could be worth more than $7.5 billion, with $4.7 billion going to Vlad and $2.8 billion to Baiju, 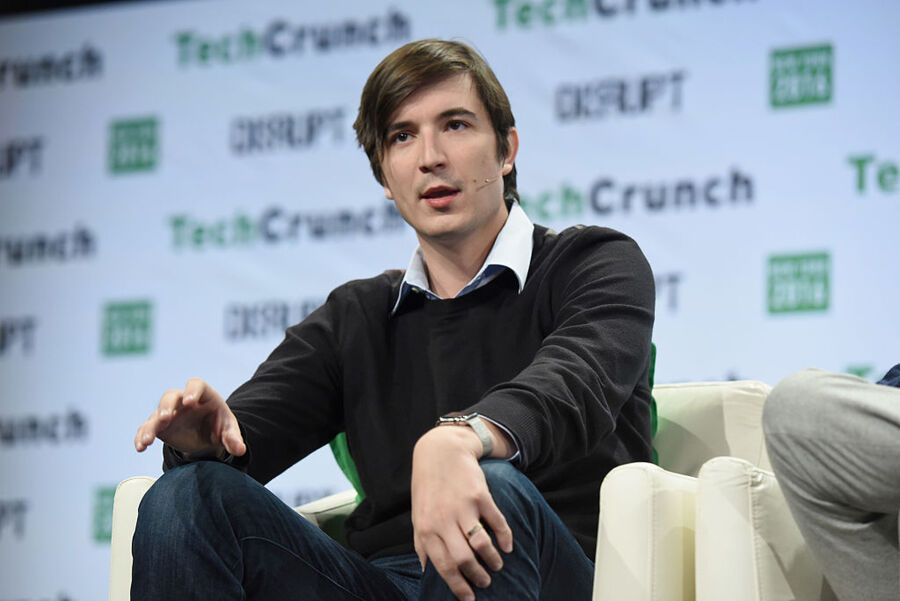 Tenev and Bhatt met as undergraduates at Stanford in 2005. In 2010, they started Celeris, a high-frequency trading company. Less than a year later, they abandoned that to found Chronos Research. That company sold low-latency software to trading firms and banks.

They co-founded Robinhood in 2013.

Robinhood is free, simple to use, very addictive, and focused on millennial traders. The app was invite-only at first, using the tried and true allure of exclusivity to attract users. They soon had a waiting list of more than 50,000 people. People on the waiting list were told they could move up if they referred friends.

It was a formula for extremely fast growth. When they launched on Apple’s App Store in 2014, Robinhood had a waiting list of 1 million users. All without spending a dime on marketing.

Their commission-free model had begun to make waves in the financial industry. In September 2019, E-Trad, Schwab, and TD Ameritrade cut their commissions to $0. Merrill Lynch and Wells Fargo followed soon thereafter.

Stimulus checks provided an unexpected windfall for Robinhood. More than three million accounts have been started since January. Revenue is expected to his $700 million this year – up 250% from 2019.

According to its most-recent filing, Robinhood has 22.5 million funded user accounts.

Robinhood’s S-1 also disclosed the investigation into trading restrictions it put in place in the wake of the Game Stop and AMC fiascos in early 2021. The company received requests for information from the U.S. Attorney’s Office for the Northern District of California, the U.S. Department of Justice, the SEC, FINRA, New York Attorney General’s Office, and several state attorney general offices. Robinhood said in its prospectus, “a related search warrant was executed by the USAO to obtain Mr. Tenev’s cell phone.”

Robinhood has been fined nearly $70 million by FINRA for losing customers’ money due to chronic outages during trading hours. The SEC fined Robinhood $65 million for failing to disclose (prior to late 2018) its deals to sell data about their trades to large firms like Two Sigma Securities and Citadel Securities. To address its issues, the company has invested heavily in compliance and customer service infrastructure. That has cause operations expensive to balloon to $945 million in 2020 – 246% more than in 2019. The company spent $463 on operating expenses in the most recent quarter alone.